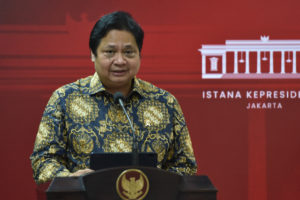 In a bid to control the spread of COVID-19, the Government has extended the public activity restrictions (PPKM) outside Java and Bali islands until 17 January 2022.

“Although the situation is currently still under control, the PPKM outside Java and Bali islands will be extended for 14 days, from 4 to 17 January,” said Coordinating Minister for Economic Affairs Airlangga Hartarto.

“In terms of COVID-19 handling, all of them are actually at level 1. However the level is also determined based on the vaccination rate in which some of them are still below 70 percent,” Airlangga added.

He went on to say that the Government is preparing to carry out a booster dose of vaccination which is planned to start early this year. The vaccination is prepared with two options, namely through a government program and independently.

In addition, the Coordinating Minister also said that to anticipate the surge in arrivals of Indonesian citizens from abroad, the Government added state entrances and also centralized quarantine facilities.