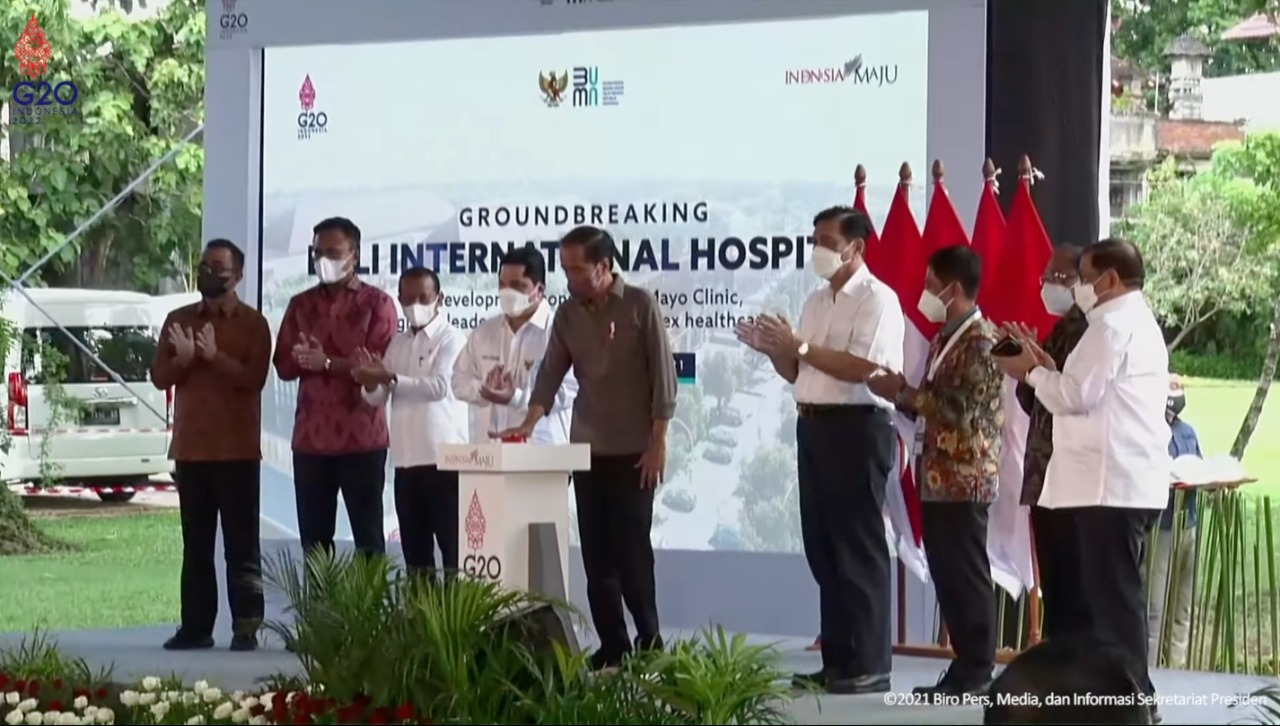 The hospital construction located in Sanur Tourism Area, Denpasar city is carried out in cooperation with Mayo Clinic, an American nonprofit organization focused on medical practice, education, and research.

“We hope it will be a Health Special Economic Zone (KEK). We hope none—if it has been built—none of our people will go abroad to get health care services,” the President said in his opening remarks.

The President pointed out that every year, approximately two million Indonesians travel overseas to get health care services.

“Be it to Singapore, to Malaysia, to Japan, to [the United States of] America, or other countries. And we lose Rp97 trillion because of that,” he said.

Therefore, the Head of State expressed appreciation to Minister of State-Owned Enterprises (BUMN) and his ranks for initiating the construction of the international hospital, which is expected to promote Bali to become a destination for health tourism.

“Bali will be a destination for health tourism and it will boost, increase the number of tourists in Bali island. We hope no Indonesians will go abroad. Instead, foreigners will come to Indonesia to get health care services because we have cooperation with Mayo Clinic that is already very well-known,” he said.

Closing his remarks, the President stated that the hospital construction is set to be finished and the hospital is ready to operate in mid-2023.

“My hope is the same as what BUMN Minister said, that it must not stop at hospitals. We must not import medical devices, medicines, or raw materials for medicines anymore. We must stop importing those goods and we must produce them in our own country,” he remarked.