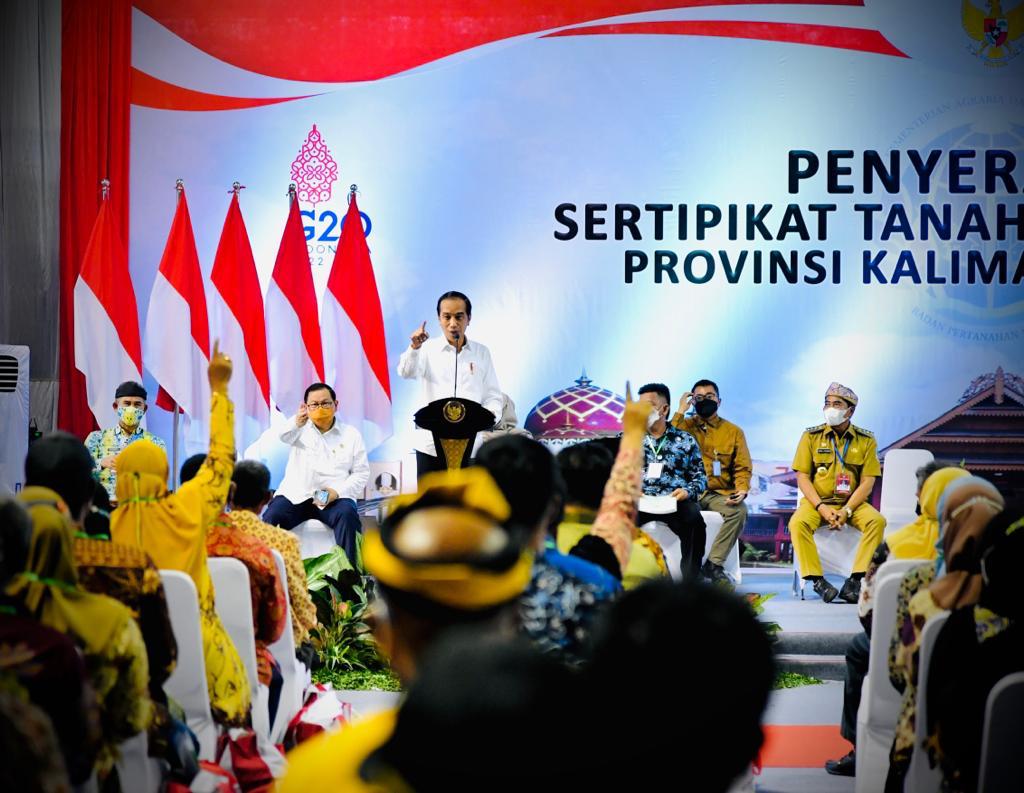 “I am glad that today you have received the certificates. Certificates are proof of legal certainty over the ownership of your land,” President Jokowi said in his remarks.

The President went on to say that he had received many complaints about agrarian issues and land disputes. To that end, he ordered the Government to speed up the issuance of land certificates for all people to prevent claims from other than the right owners.

In the past five years, he added, the Government have distributed 25 million land certificates to the people. In addition, 41 million other certificates have been issued and will be distributed to the owners soon.

On that occasion, President Jokowi extended his appreciation to local offices of the National Land Agency (BPN) at regencies/municipalities for their hard work at speeding up the issuance of land certificates. He also ordered his rank to increase target of land certificate issuance to the people in North Kalimantan.

“I ordered the Minister to increase the target for North Kalimantan province by 50 percent by 2022,” he added.

For the record, this event was the first in-person certificate distribution during the pandemic. The President also gifted bicycle to those giving right answers to his questions. (Presidential Secretariat/UN) (RAS/LW)