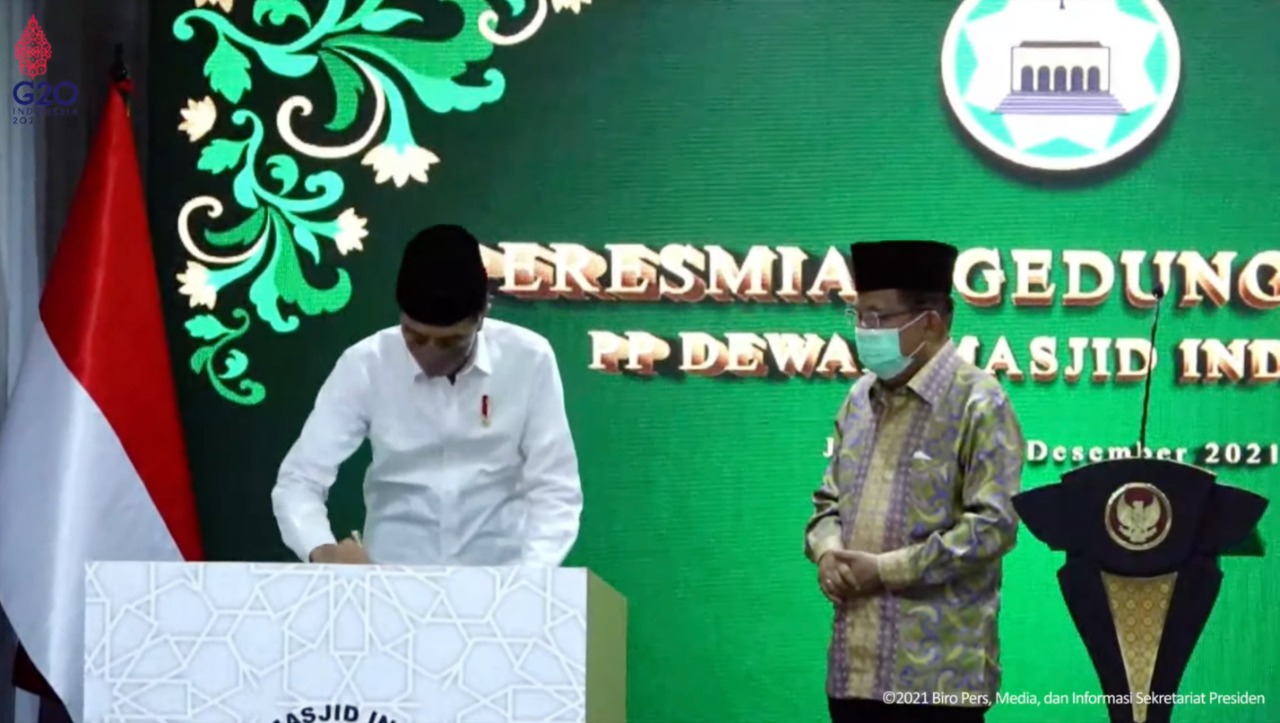 President Jokowi expressed hope that with the new office DMI will be even more eager to make mosques not only places of worship for Muslims but also as educational centers as well as intellectual da’wah centers.

“They should also serve as places for deliberation to build unity, to strengthen the national bond, as centers for developing and improving people’s welfare,” the President said.

As centers of da’wah and education, the President said, the mosques are also places for people to obtain information, deepen religious knowledge, manifest the knowledge into good deeds and noble characters, making Islam a mercy for the universe.

“So that mosques contribute to building the civilization of our country, Indonesia and also build superior human resources with noble characters,” he added.

Agreeing with Chairperson of DMI Jusuf Kalla, the President stated that mosques are also places to boost the people’s economy.

“Mosques are truly trying to build a civilized society, a society that is economically, politically, and culturally empowered,” he said.

The President also stated that the location of the building in Matraman, Jakarta, is appropriate due to the nearby offices of other religious institutions and organizations, such as IPHI (Indonesian Hajj Fellowship Association) office, Nahdlatul Ulama Executive Board headquarter, Muhammadiyah regional office, DDII (Indonesian Islamic Propagation Council) office, and MUI (Indonesian Ulema Council) office. (TGH/UN) (FI/LW)