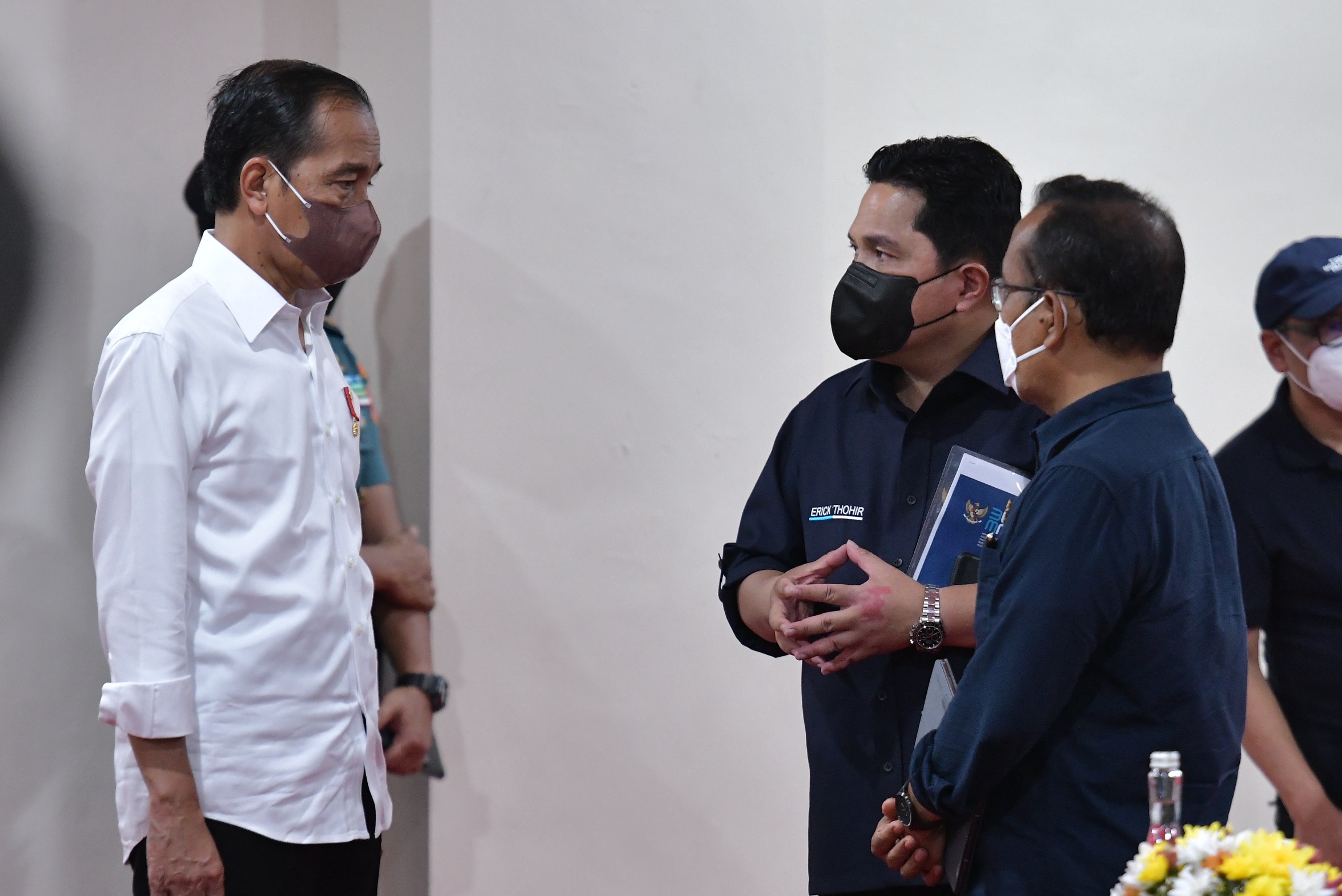 President Jokowi accompanied by Minister of SOEs Erick Thohir and Minister of State Secretary Pratikno at the inspection, Thursday (01/13). (Photo by: PR/Rahmat)

“We hope that Mandalika will not only be about a motorcycle racing, but can also bring an impact on economic growth of the people. Therefore, the Government has decided to assist the upgrading of homestays in several villages around the Mandalika Circuit and it is currently prepared by the regional government,” President Jokowi said during the inspection.

The President also expressed optimism that the lodging facilities that have been upgraded by Ministry of Public Works and Public Housing will be fully booked during the MotoGP event.

Sufiati, the owner of ‘Rizky Homestay’, expressed happiness over the Government’s assistance since her lodging facilities would not be as good as now if it were not for the Independent Housing Stimulus Assistance Program (BSPS).

For the record, Ministry of Public Works and Public Housing has renovated 915 units of tourism lodging facilities in the Mandalika National Tourism Strategic Area (KSPN), consisting of 398 homestays and 517 independent houses to support the 2022 MotoGP event.

Those tourism lodging facilities can be an alternative lodging accommodation for tourists who attend the MotoGP event. They have been equipped with a number of facilities including beds, wardrobes, and private bathrooms.