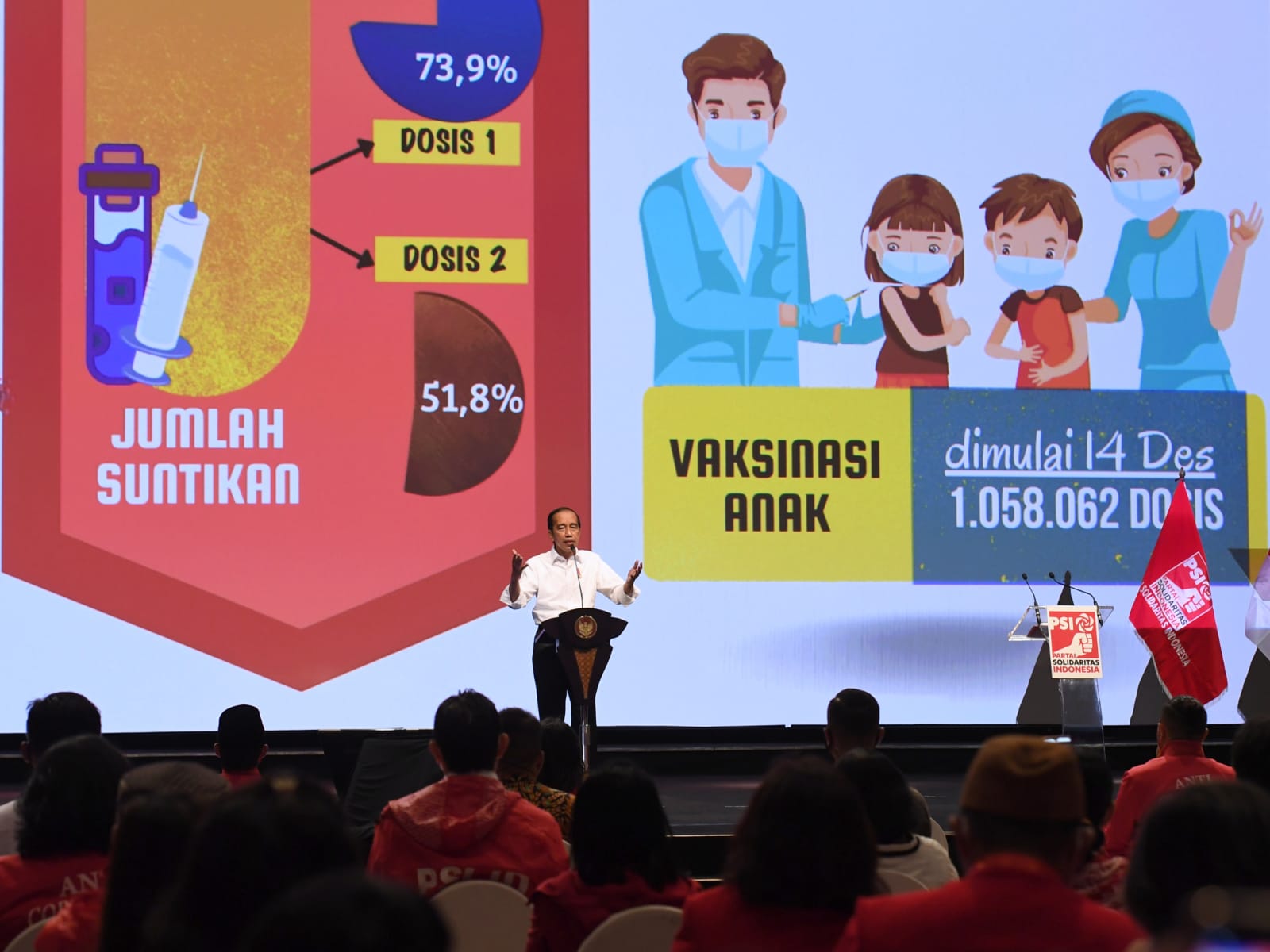 Successful COVID-19 handling in Indonesia is the result of mutual cooperation of all related stakeholders, according to President Joko “Jokowi” Widodo.

“It is not the work of one, two, or three people. In fact, it is a mutual cooperation and everyone makes their best effort. You cannot say that it is the success of the President,” the President said in his remarks at the 7th anniversary of the Indonesian Solidarity Party (PSI), Wednesday (12/22).

The President also underscored that all communities and stakeholders, from the top level to health workers at community health centers (puskesmas) will continue to make the best effort, adding that Indonesia has administered 263 million doses of vaccine to the public.

President Jokowi further said that the Government also continues to build infrastructure as one of the foundations for Indonesia’s economic growth.

“We aim to boost our economic growth, increase our competitiveness, and, most importantly, provide the widest possible employment opportunities. If we did not have a strong foundation, we would not achieve anything,” the President remarked. (FID/BPMI of Presidential Secretariat/UN) (RI/EP)