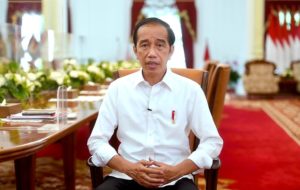 President Joko “Jokowi” Widodo has pushed for the ratification of the Sexual Violence Crime Bill, which is still being processed.

According to the President, everyone must pay attention to the protection for sexual violence victims, especially sexual violence against women as it is an urgent issue that needs to be immediately addressed.

“I have been closely paying attention to the Sexual Violence Crime Bill since its formulation in 2016. To date, it is still being processed by the House of Representatives (DPR). Therefore, I order Minister of Law and Human Rights as well as Minister of Women Empowerment and Child Protection to immediately coordinate and consult with the DPR in deliberating the Sexual Violence Crime Bill so we can have measures to accelerate [the ratification],” he said.

The Head of State has also ordered the Government’s task force that handles the bill to immediately prepare the list of problem inventory of the bill prepared by the DPR.

To that end, he added, the deliberation can proceed faster and be focused on substantial points to provide legal certainty so the protection for sexual violence victims can be guaranteed.

“I hope the Sexual Violence Crime Bill can be immediately ratified in order to provide maximum protection for sexual violence victims in Indonesia,” he remarked. (TGH/UN) (DH/EP)

Help us improve information service by filling out a survey on this link. Thank you!