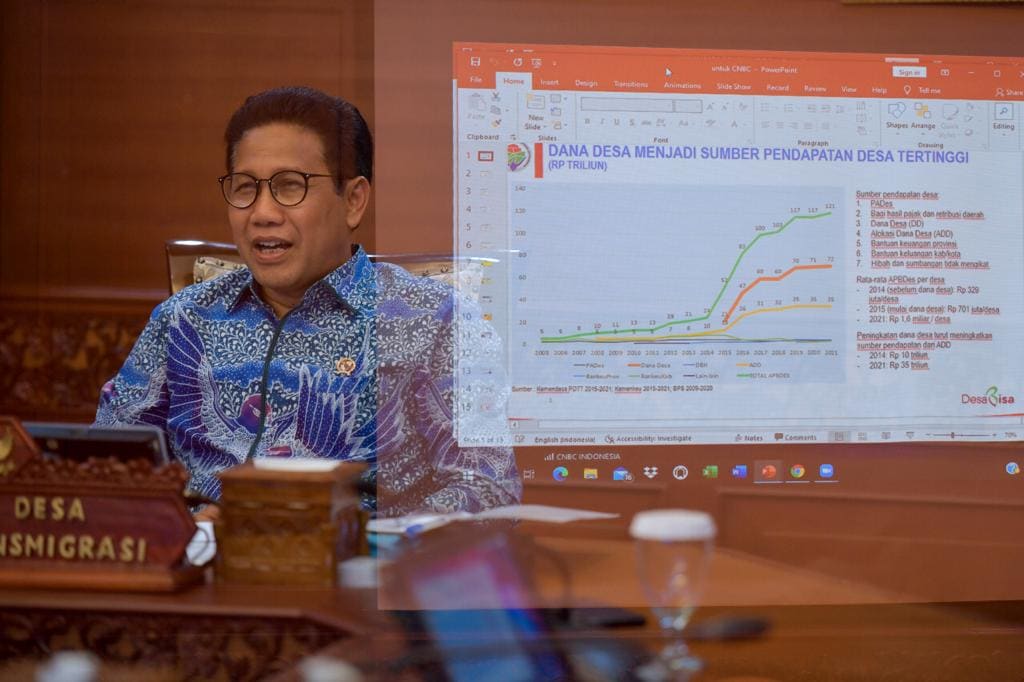 The villages have served as a buffer for the national economy during the COVID-19 pandemic in the last two years, Minister of Villages, Disadvantaged Regions, and Transmigration Abdul Halim Iskandar has said.

According to the Minister, it is supported by several indicators, such as an increase in villagers’ income per capita, the open unemployment rate that remains under control, and fluctuations in poverty rate at the village level are maintained.

“We must admit it that village economy was able to become a buffer for the national economy during the pandemic. This fact is certainly not just an empty statement but is supported by several measurable indicators that can be proved on the ground,” the Minister said, as quoted from the Ministry’s official website, Friday (12/31).

Halim went on to say that village economy resilience during the pandemic was supported by the disbursement of the Village Fund that always increases from year to year. The Village Fund is the main support for the village budgets (APBDes).

“The increase in villagers’ income is also supported by the Village Cash Labor Intensive Program during the pandemic. Apart from that, there are also various village-level infrastructure projects that are carried out on a self-managed basis which means the workers are residents of the village and the goods are purchased from shops in the village as well,” he said.

“The village economy has shown a positive growth, even served as a buffer for the national economy during the COVID-19 pandemic from 2020 to 2021,” the Minister remarked.